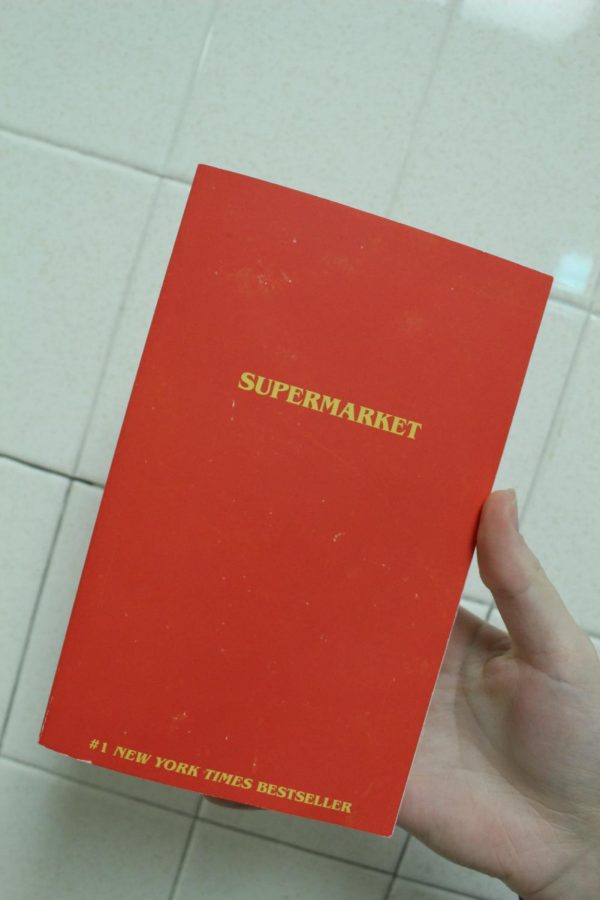 Warning: Some spoilers ahead.

Recent retiree from the music scene, Bobby Hall (known as Logic), published a novel in 2019 that nobody seems to be talking about.

Logic has been named as one of the most creative artists of the generation. From having six studio albums, one soundtrack album, seven mixtapes, being featured in Netflix’s series “Rapture”, and two grammy nominations, he has had a lot on his plate. Adding a book was just expanding his creativity. In the acknowledgments of  Supermarket, Logic said, “After a week of binge-reading novels for the first time in my life in my mid twenties, I sat up and said, ‘I’m gonna write a book,’ to which Christian replied, ‘You can’t write a f****n’ book just because you’ve been reading them.’ It was all the motivation I needed.”

Logic tells the New York Times, “I didn’t want to necessarily just be stuck in music.” His creative mind seemed like it wanted to go elsewhere, venture into another world and bring something different into that.

Supermarket is his debut into the writing world, even being named as “the breakout novel you didn’t see coming” by Barnes & Noble. This premise of this novel is about Flynn, a 24-year old man living in a small area of Oregon. He works at a grocery store to not only make ends meet, but to get inspiration in writing his novel, where each person at the store plays a role in the book.

This novel seems like it would maybe be fictional, or even a comedy. But, Logic makes this novel a mind-bending psychological thriller with murder, mental health, romance and suspense intertwined into this story.

The main setting of Supermarket is in the grocery store, Muldoon’s. This is where he worked and gained inspiration for his book.  He has some weird run-ins as as grocery worker. A crazy, suspicious co-worker named Frank, an over-smiley boss named Ted and an old man who comes in every once in a while muttering ‘coffee’ over and over to himself. These seem to not make sense now, but they play a role further in the novel.

The first chapter of the book gives away the exact moment that happens at the end. But, without knowing much context of what’s going on, no big spoilers are revealed. I find this to be an interesting way to begin the book and something I haven’t seem a lot of while reading.

An interesting feature in this book is that it is split into two parts, eleven chapters in the first part and eight in the second part. The split indicates Flynn before the realization of his mental disorders to after the diagnosis and awareness of what he’s been struggling with. In the first part, he still experiences these disorders, schizophrenia, multiple personality disorder and bipolar disorder, but, he is very unaware.

In the description on the back of the novel, Hall makes it clear that this book will be a mind-twister, that there are things in Flynn’s world that will appear that aren’t completely on the surface yet. Flynn’s struggles are more clear in the second part when his diagnosis is revealed, but it is hinted at through his interactions and the way he thinks. I’m not wanting to spoil anything too far, but some shocking realizations that are shown in the second part will give you an ‘ah-ha’ moment, allowing everything to click and make sense.

With a psychological mind-bending book, there will be things that come that may confuse you. What I will add to that is that no books is perfect. Logic, whom is new to the writing scene, will not get everything right and I felt like it was okay give some grace to that and kept reading the book. There may be some time when the reader questions, ‘why is this here?’ or ‘what’s going on right now?’, but it was worth it to power through. There is a lot of dialogue, especially in the first half, and it is a bit heavy. Even though it dragged on, I feel that it was worth it to power through because it was a great read. At the end, I saw the dialogue in a more positive light as it did allow for  further understanding of the situation.

The whole novel is narrated from Flynn’s perspective, which I thoroughly enjoyed because we get to see his first-hand encounters and I feel as if it switched between different character’s perspectives, it would’ve added unnecessary views and confusion.

This soundtrack is unlike than any of his other works as it is more of an alternative-rock album that still features his specialty, hip-hop. Something I hoped for when I read this album was that the lyrics directly related to different moments or plots in the novel, but I found that this album could’ve been published on it’s own without being named the soundtrack to Supermarket.

Even though it may be lacking in the lyrics tying to the plot, I loved the impressive vocals he showed. I wasn’t used to hearing his true singing voice as all of his works are strictly hip-hop/rap. His vocals in this album shows that he really can do anything, and he really does have a creative mind.

The one song that I thought truly tied into the novel was called “Supermarket.” This song really does touch base with the plot of this novel as it goes, “Where is my girl? The one I’ve been waiting for, I’d give you the world, If I wasn’t stuck in this store.” This ties with Flynn’s relationships with Mia, who is a fellow co-worker at Muldoon’s. Overall, I enjoyed the songs, but I wish they tied more closely to the book as it is supposed to be the soundtrack.

If you were to check out any of the songs on the soundtrack, I would recommend “Supermarket”, “Pretty Young Girl”, “Bohemian Trapsody” and “Time Machine.”

I was not disappointed with this book, I was in fact pleasantly surprised. For Logic’s first novel, his writing did shock me. If you are in for a thrilling read and are willing to give some grace while checking out this book, I recommend this to you. Even for first time readers, I think you may take an interest in what this book will show you. It is geared towards teenagers and young adults, which is fitting given the plot which touches on issues many young adults are facing. I look forward to the possibility of future novels by Logic, though nothing has been clearly stated or announced on the subject. Overall, I urge others to check out Supermarket.