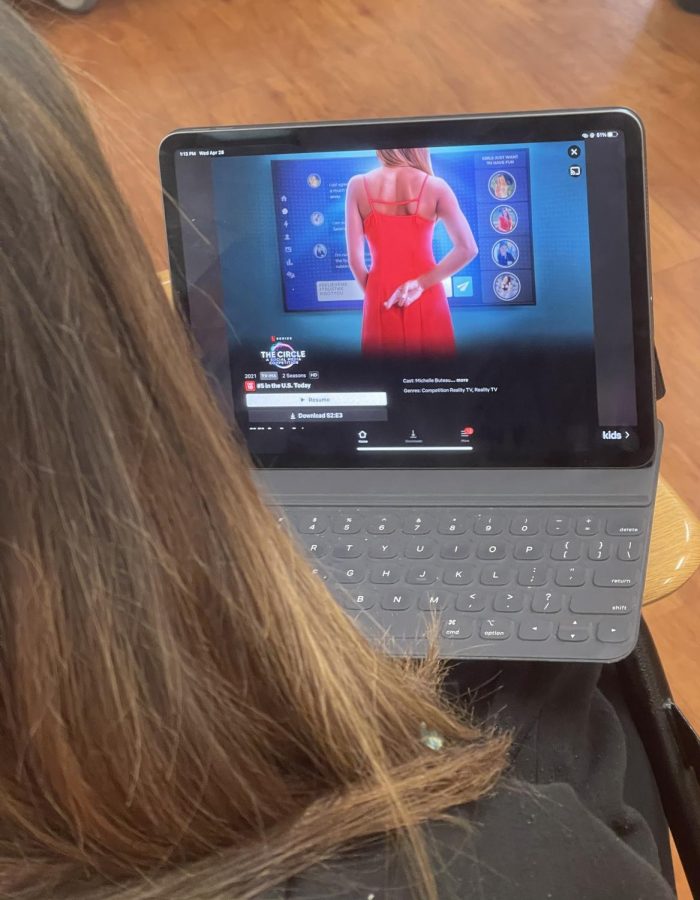 Reality and drama tv shows are usually not taken serious and tend to be made fun of. This is because most of the time, the people in shows, like The Bachelor, are overdramatizing a situation. In addition, a lot of reality shows feel out of touch with their audience and most viewers can’t relate themselves to scenarios in the show. However, this overused style of reality tv has just been updated.

Last year, Netflix released a show called The Circle on its platform. This reality show is nothing like any other series released before. This is a game based around social media and the concept that “anyone can be anyone” in the game.

The Circle, essentially the social hub for the contestants, is the only way for them to communicate with each other. Through here, they can talk in group chats, private chats, and play games that the host, Michelle Buteau, has them do. These games are a way to reveal more from the players and allow other contestants more time to get to know each other. These games include poetry battles, two truths and a lie, this or that, and other get-to-know a person games.

The ultimate goal of the game is end up in first place. To do this, the players must “rate” each other from last to first places. To secure high ranks, contestants usually become allies with other players so they are guaranteed less votes that could potentially lower their rankings. For the majority of the show, the top two ranking people are considered “influencers,” which means they are in charge of who is “blocked”- the person who leaves the game- and who is safe from elimination. But, this isn’t how it is for the whole show and it can change from how many people are eliminated to no one is safe.

People who are “blocked” get the chance to visit another player face-to-face before they leave. A lot of the time, people who are blocked visit the influencers to ask why they chose them to be eliminated. However, sometimes they will visit people who they believe are catfish and that creates a lot of suspense as to how they will react to the person catfishing them. In addition to the confrontation, the eliminated contestants record a video message addressing the rest of the contestants and send them a message, wishing them luck to win the game. This shows if they were truly who they presented themselves as or catfish.

During the finale, the contestants rate each other one final time, where the highest rated player wins the game and $100,000. In addition, fans are able to vote for their favorite player and that voted player receives the award of “Fan Favorite” and $10,000.

This show invites people from all different backgrounds, and their differences add to the unique, realistic atmosphere that the show has. Unlike The Bachelor or Bachelorette, there are contestants on the show that viewers can relate to and can connect to, as a lot of these players come from normal backgrounds unlike the mainstream reality shows.

I would recommend this show to anyone looking for a quick series to watch. This show is rated TV-MA, for language, which is something to keep in mind when deciding to watch the show. The second season was just released on Netflix and a third season is already in the works.