One of Us is Lying: Does the Series Live Up to Expectations? 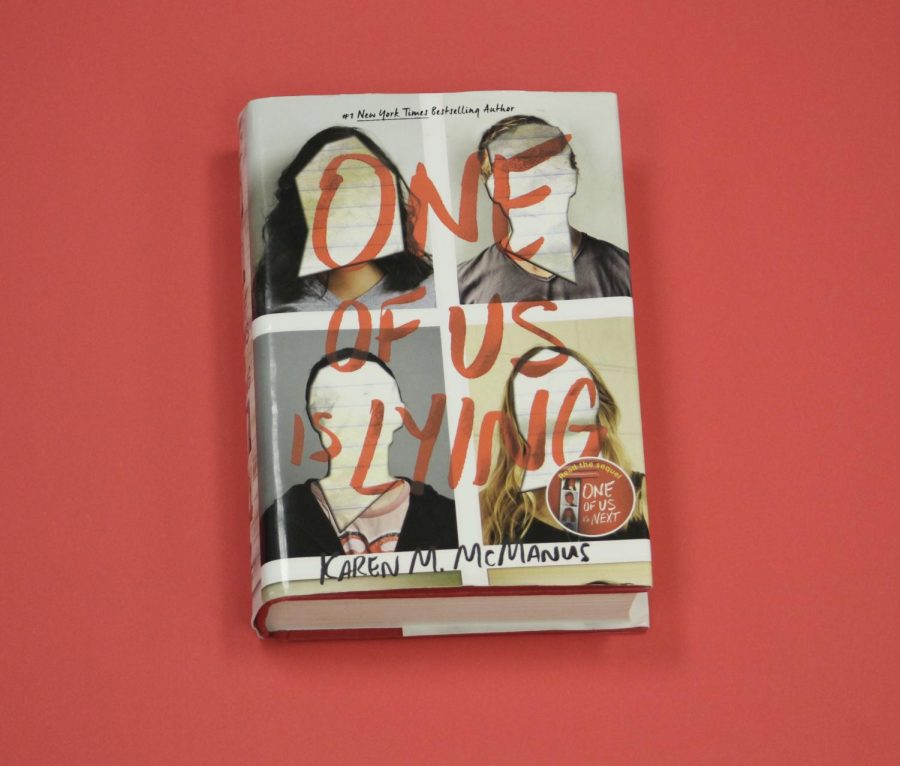 Bronwyn Rojas, Cooper Clay, Addy Prentis, Nate Macauley, and Simon Kelleher walk into detention at Bayview High School. Only four students walk out alive. Initially, the death of Simon, Bayview’s main gossip source, was viewed as an accident. But, each student in the room had a secret Simon had been planning to release on his gossip app the next day. Was it really an accident? Which teenager is lying about what happened in detention that day? Who had a secret worth killing for?

Karen M. McManus’s 2017 mystery novel, One of Us Is Lying, tells the tale of four high school students attempting to solve a murder of one of their peers, while knowing there is a high probability one of them is lying about committing the crime. Sort of like a dark spin-off of The Breakfast Club, the stereotypical high school jock, nerd, homecoming princess and mysterious bad boy come together after a traumatic detention session to try and solve Simon’s murder. This novel was an immense success, becoming a New York Times Bestseller for 129 weeks. This year, a television adaptation debuted on Peacock, NBC’s streaming service.

It is not uncommon for popular novels to transfer to a television series or movie. Well-known book series like The Hunger Games, Divergent, and Pretty Little Liars were a big hit on paper and an even bigger success on the big screen. It is unsurprising a novel as successful as One of Us Is Lying would appear as some sort of film adaptation.

This novel is one of my all-time favorite books. The suspenseful moments, often broken up with a piece of slight comedic relief, kept me hooked from start to finish. I read the entire novel and the sequel, One of Us Is Next, within the span of one week. Needless to say, I was thrilled to watch the series on Peacock.

One of my favorite aspects of the novel was the switching viewpoints of the narrator. The narrator would switch between the Bayview Four every chapter, attaching the reader to each character and leaving them wondering who truly is lying. I appreciated that in the series, they kept that feeling of shifting who was telling their side of the story. It kept me second guessing all my prior knowledge and theories I gathered from reading the novel.

When a book shifts into a screen adaptation, there are often changes from the original book to the final series or movie. One of Us Is Lying was no exception. While watching the first episode, I immediately noticed plenty of differences between the novel and the television series. To start, the secrets of the Bayview Four weren’t revealed to the reader until about one hundred pages into the book, but the viewers of the show discover all the secrets within the first two episodes.

Another difference from the book and television series was characters who never interacted with each other in the novel had many scenes together in the show. This gave new insights to characters as the viewer got to dive deeper into their backstories. For instance, the book gives very little information about Maeve, Bronwyn’s little sister. In the series, Maeve is very close to Simon, adding a new dynamic to Maeve’s personality and putting another aspect of the murder into play that was not included in the book.

Although I loved the series and I feel like it did a good job at keeping some elements from the novel the same in the show while also adding its own new vibe, I still prefer the novel to the television show. If someone were to choose between watching the series or reading the book first, I would recommend they start with the novel, then move on to the show after finishing reading. The book has more detail than the show, and I feel you get to know each member of the Bayview Four on a deeper level in the novel. But I love both versions of One of Us Is Lying and would recommend to anyone looking for a thriller mystery novel or show.