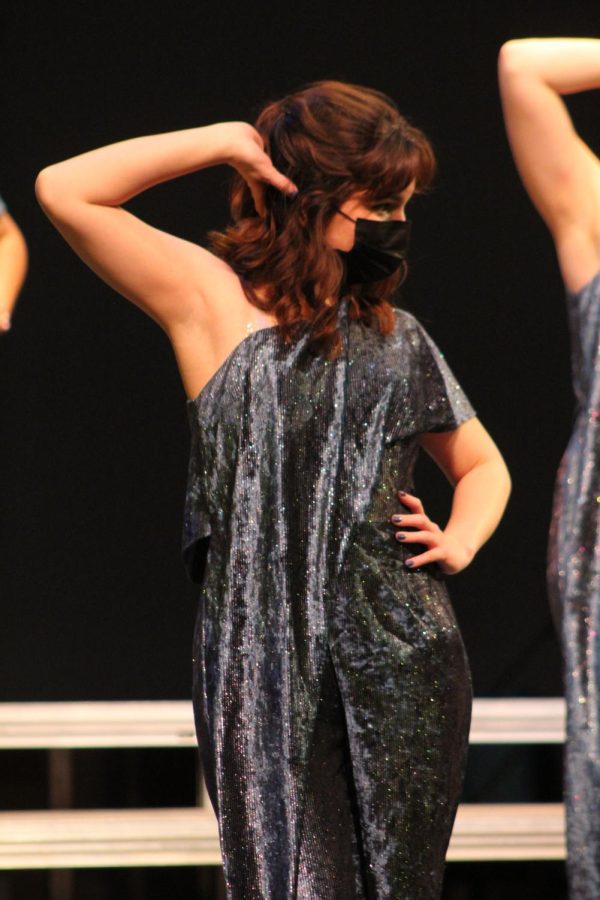 Throughout her years as a part of drama club, senior Briana Nash has made an impact on many members of the Burke community. She is president of the Thespian Board at Burke, and has worked hard throughout her four years at Burke to make drama club a safe, accepting, and positive place for others.

“In Drama Club, my role as president is to plan and run the clubs along with the rest of the Thespian Board.” Nash said.

Nash was nominated for Club Member of the Week by Drama Club member Kate Anderson who is also a member of both Drama Club and the Thespian Board. Anderson describes Nash as positive, welcoming, hardworking, and passionate.

“Briana is constantly striving to make Drama Club a positive place for all members,” Anderson says “Briana goes out of her way to include all members in activities to make them feel welcome.”

Briana has put in an incredible amount of hard work into Burke’s drama department throughout her high school career, and it has not gone unnoticed.

“It is clear that Briana makes Drama Club a priority each week,” Anderson said, “Her hard work and commitment does not go unnoticed.”

Anderson not only nominated Nash because of her positivity, but because of the lasting impact Nash had on her high school experience.

“Briana is one of the reasons why I decided to apply for a Thespian Board Position. Her kindness and positive attitude make me look forward to drama club every week.” Said Anderson.

Nash has made it clear that she is a leader, and is dedicated to make a lasting impact on drama club that will last long after she graduates from Burke. Brianna is passionate about keeping Drama Club the positive environment she helped create.

“Our President Elect, Cooper Strickland, has been under the leadership direction of Briana all year to prepare him for presidency next year.” Anderson said.

“I’d like to hope I’ve made a positive impact on Drama Club,” Nash said. “I try my best to make sure that everyone feels welcome and has a fun, chill and creative end to their Thursday.”