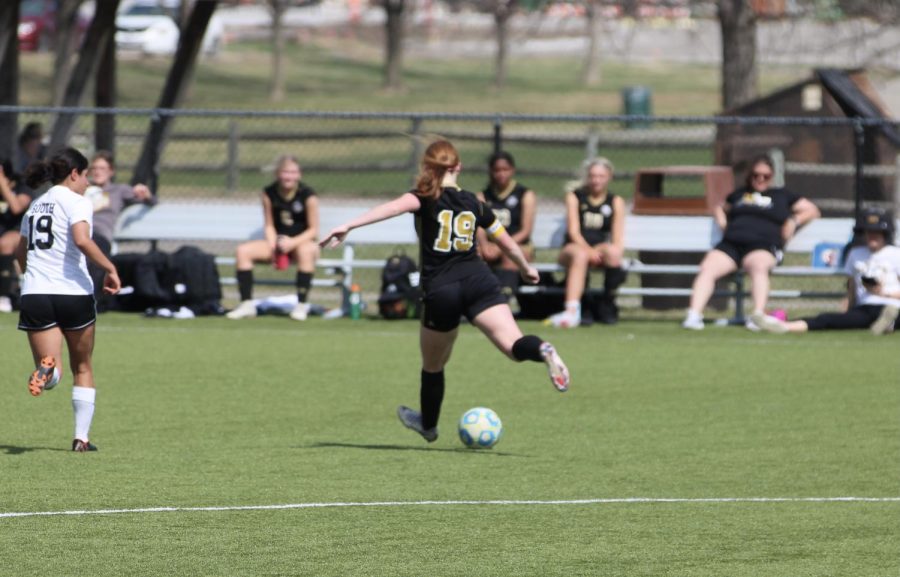 When selecting a captain for a sports team, coaches usually consider a player’s leadership skills, athletic ability, and experience. These positions are traditionally given to upperclassmen, as they have the most experience with the team. However, this season sophomore Dylan Vobejda was named one of the two Burke Girls Varsity Soccer captains. Within her time on this soccer team, her teammates have been appreciative of her leadership and use of her captain role.

“Dylan is always directing the field. She is always giving feedback to help our team progress,” said freshman Chloe Price. “At practice she helps lead by example and talks with the girls to make sure we are all giving every practice and every game our best effort win or lose.”

Dylan has been playing soccer for over a decade, and she has learned the importance of talking with your teammates during a game in order to succeed. As a team captain, she now has a bigger part in leading her team on the field.

“I play defensive midfield which comes with a lot of communicating with my teammates to sort out things like markings,” Vobejda said. “Being a captain still allows me to continue to talk a lot on the field, but also talk to people like the refs during disagreements.”

Although Dylan gets some of her qualities as a team captain through being a natural leader, she has also learned things from past captains. There are many teammates she played with her freshman season that she looked up to and learned from.

“Our senior captain last year was one of the best players I’ve ever seen,” Vobejda said. She was a really great leader and I definitely learned a lot from her during the season about leadership.”

As an underclassman, Dylan has worked to prove herself as a role model and leader to her teammates. One of Dylan’s teammates and close friends, sophomore Meredith Proctor, is one of the many players who looks up to her captains.

“Some qualities that our captains have that I admire are their leadership skills and how
consistent they are,” Proctor said. “I feel that our team has a lot of respect for them, and I trust them a lot to lead our team in the right direction.”

Even though captains are often a critical aspect to a teams success, Dylan makes sure all her teammates get credit for their wins and improvements, as there is no “I” in team.

“The most important part about being a good teammate is knowing that you are helpful to your team and teammates, and that you aren’t scared to help each other become better,” Dylan said. “Soccer is not an individual game, so it’s important your team gets along.”