Lockers are getting an upgrade 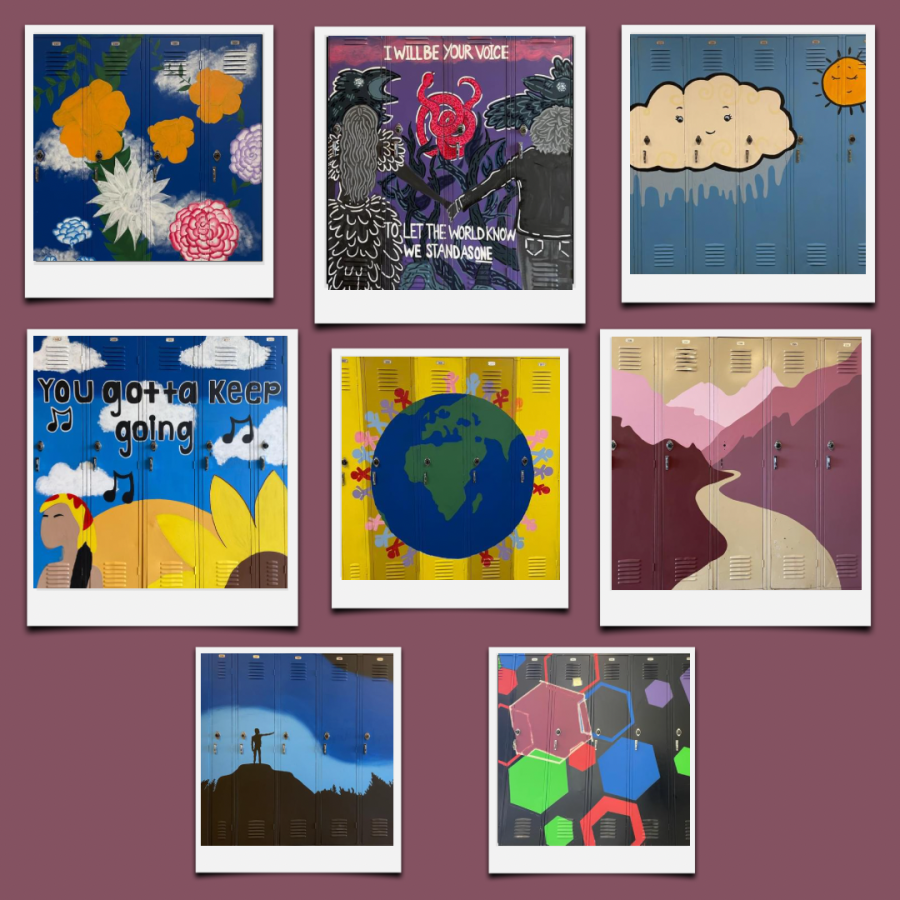 Down the Art hallway in Burke, something has been appearing. Something colorful and new. Currently, unused lockers are being painted in this wing of Burke by Art students.

This illustration project started once class resumed after spring break. However, this project has been in the works long before this year. Art teacher Mr. Anderson has been trying to complete this project for over a decade. Originally starting as a project to cover the classroom’s cabinet doors, Anderson came up with the idea to paint the neighboring lockers.

“In 2019, I talked to [then] Principal Lannan if we could paint the lockers, since they weren’t being used. She approved the idea,” Anderson said. “I moved forward with the plan the following year, but then COVID hit, so the project couldn’t realistically happen for the last two years. Finally, this year, I talked to Mr. Rasmussen, and it got re-approved.”

For the Art 3-4 students, this will be their final project of the year. Students had the option if they wanted to paint 3 to 7 lockers or paint on a vinyl record. If they chose to paint the record, the students will have one more project due by the end of the year. Regardless, the students were to illustrate a positive/uplifting quote or a lyric from a song.

Art students that chose to do the locker portions are excited to showcase their creative skills for all to see. Students had to submit a fully colored plan of their lockers for approval before getting started. They had to include the quote they picked into their art, whether it was large or subtle. Junior Tyler Lucas talks about how he selected his quote and how 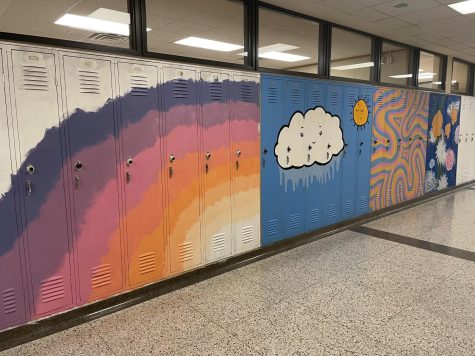 he’s incorporating it onto the lockers.

“My quote is, ‘shoot for the moon; even if you miss, you’ll land among the stars’. I figured that since my quote is about the moon and stars, they had to be in my design,” Lucas explains. “I Googled some night sky images and I found a few images that I really like. Then, I combined those images in my final sketch and started painting after getting it approved.”

Being the first year for this project, students didn’t know what to expect. This art medium is different than a piece of paper on a flat surface. Senior Ellie Ottens talks about how she felt after hearing that she would be partaking.

“I was super excited to try working on a new surface and a bigger canvas. This is the closest thing we’ll get to having our own mural unless we pursue that outside of school,” Ottens said.

With this illustration project, the main goal is to be uplifting and positive. With these paintings staying up even after the artists graduate, the quotes and designs must be long-lasting. Sophomore Grace Rothe tells her inspiration behind her design.

“My inspiration is just positivity. I wanted to create something that is happy and just fun to look at. I wanted to brighten up the halls,” Rothe said. “My quote is, ‘someone out there feels better because you exist’. I picked this quote because it was uplifting and hopefully people will connect with it.”

For Ottens, her quote is one of a kind and unique to the Burke halls.

“I chose the quote, ‘Burke Students, The World is a Better Place with You in It.’ I chose this because I think as students walk through the halls, they deserve to be reminded how special and valued they are by other students, the school itself, and the teachers no matter what you bring to Burke,” Ottens said.

With the quotes and plan portions of the project complete, painting has begun and will be an ongoing process for the remainder of the school year. Each student had a different approach to how they would start painting their designated lockers.

“I started with my sketch, and then I put a base coat of blue on my 6 lockers, then I painted the mountain and bushes, and then worked on the sky more.  It’s going very well so far, an

d I think it will look nice when it’s done,” Lucas said.

With this being a vast change from the dull lockers, there has already been positi 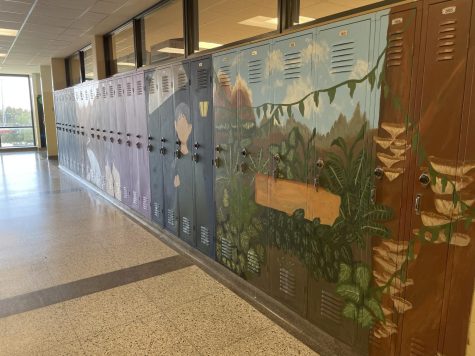 ve feedback from the Burke community for this project.

“The colors and the message light up the hallway! Every teacher and some students who have walked by have commented on how it changes the space and really transforms it into positivity and life,” Ottens commented.

Looking forward into the coming years, there is discussion to continue this project for the incoming Art 3-4 students in the other hallways. Anderson talks about have the new academies may play a factor in this project.

“The plan is to continue the project for as long as it takes to fill the school with these beautiful murals! As the academies fall into place and certain classes get locked into certain areas, we may expand the criteria to allow for foreign languages phrases and imagery in that hallway, or Air & Space themed illustration of phrases in that hallway,” Anderson said.

“This will make a lasting impact by hopefully providing joy and color to an otherwise dull hallway.  Eventually the art classes will have painted all the lockers in the school, and it will look really nice,” Lucas stated.