“Harry’s House“: Is it worth the listen? 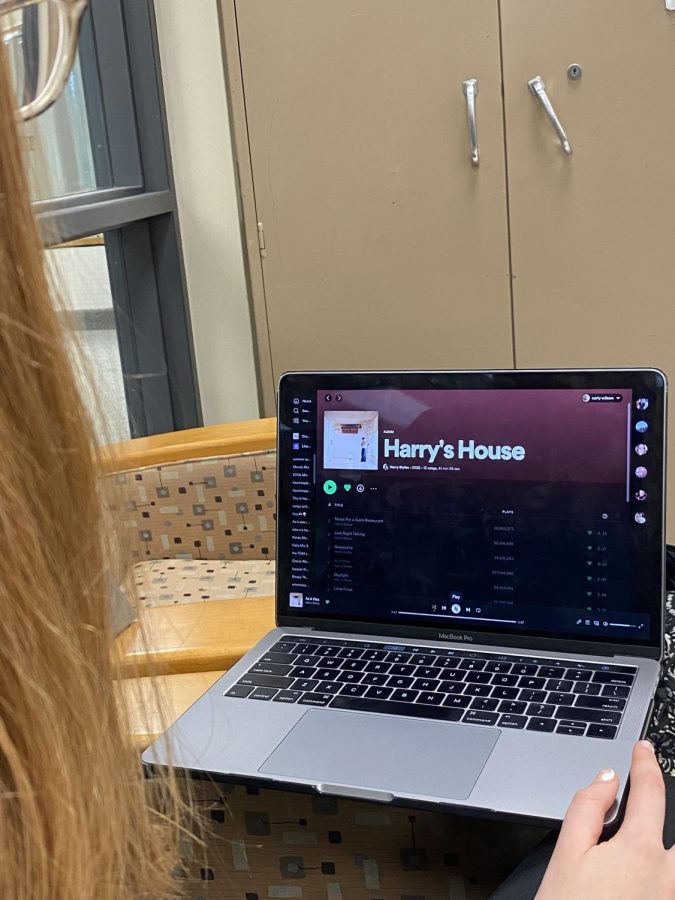 On March 23rd, 2022, music star Harry Styles shocked his fans by announcing his third studio album entitled Harry’s House. After almost two months of fans impatiently waiting to hear new music from the ex One Direction member, Harry’s House was released everywhere on May 20th. It had been over two years since the release of Styles’ hit sophomore album, Fine Line, and fans were over the moon excited to hear the thirteen new tracks Styles came up with.

I’ve been a huge Harry fan for years, and I was ecstatic about the announcement of his new album. The last time Styles released a new album, I was in middle school, so I was pumped to hear new music after years of waiting. This album did not disappoint, and it exceeded any expectations I had about it.

“As it Was” was the only single Harry put onto music platforms before the release of Harry’s House. I think this track was a great way to start off the new era of Styles’ music. The upbeat melody makes the song enjoyable to listen and dance along to, yet the complex lyrics draw listeners in to hear the true message Harry is trying to get across. This song has been a hit on the radio, and was number one on the Billboard Top 100 for multiple weeks. After loving this one song so much, I couldn’t wait until I could hear the other tracks on this album.

The night of the release, I stayed up until midnight to hear the album right when it was released. I wanted the full new album experience; listening to every track in order. Harry’s House started off strong with “Music for a Sushi Restaurant”. This fun, catchy song was a fantastic way to lead the album, and I feel it really set the tone for the rest of the album.

There wasn’t a single track on this album I didn’t enjoy. There are some I like more than others, but I would choose to listen to every single song on Harry’s House. Two of my favorite songs from the album are “Late Night Talking” and “Boyfriends”. Styles played these two songs when he performed at the musical festival, Coachella. I love how painful the lyrics of “Boyfriends” are and how relatable this song is. I tend to be a sucker for sad songs, so of course “Boyfriends” was one of my top songs on the album. On the contrary, “Late Night Talking” is a song to dance around to while screaming the lyrics. It is such a fun and bright pop song that just makes me happy when I listen to it.

I really enjoyed the amount of variety in Harry’s House. There are uptempo and happy songs, like “Daydreaming” and “Keep Driving”, and also plenty of heartbreakers. “Little Freak” and “Matilda” are two of Harry’s most emotional songs to date, and I cannot stop listening to them. I am very pleased with the overall effect Harry’s House had on me, and it is my favorite album that’s been released this year.

I think Harry really found his sound in this album. I absolutely adore his first two albums, but this one is my current favorite. I think it is the perfect summer time album with all the upbeat pop songs. I can’t wait to listen to tracks like “Cinema” and “Daylight” while driving with all my windows down this summer.

My personal favorite songs from Harry’s House are “Keep Driving” and “Love of my Life”. I like how simple the melody for “Keep Driving” is, and although the lyrics aren’t very complex, I think of them to have a deeper meaning. I also love how light this song sounds, as it isn’t very bass or drum heavy. “Love of my Life” is a different sound from Styles compared to his past albums. I love the lyrics, especially that it explains what it feels like to lose someone you love. He repeats throughout the song, “You were the love of my life.” The song was not what I was expecting, and it isn’t my normal vibe of music. However, I am obsessed with the production of the song and the impressive vocals Styles has in this track.

Overall, Harry’s House is an excellent album I would recommend to anyone! I feel there is a song in the album for everyone to enjoy, even if they wouldn’t like every single track. This record is one I will never forget, and when I think back to my high school years, I bet I will remember how fond I was over this album and Harry Styles in general.